Portugal Ventures invested four hundred thousand euros in startups from the Startup Braga community, the innovation hub of InvestBraga. Ablute, BestHealth4U, Rubynanomed and We Can Charge are part of the portfolio of more than 130 startups from one of the leading venture capital companies in the Portuguese innovation ecosystem.

The startup's Ablute, BestHealth4U, Rubynanomed and We Can Charge are part of the range of 40 companies that received support from Portugal Ventures, under the INNOV-ID investment program, an initiative that aims to boost and promote access to venture capital funding for scientific and technological projects in the early stages of startups.

Ricardo Rio, Mayor of Braga and InvestBraga, sees these investments as "the confirmation of the importance of Braga as a reference player in the national entrepreneurial ecosystem, linked to such important areas as the digital economy and health.

Carlos Silva, executive director of InvestBraga, highlights the fact that "Startup Braga has been one of Portugal Ventures' partners with more projects selected for the final stage of the investment process under the INNOV-ID program.

Satisfied by the recognition of the importance of these investments, Luís Rodrigues, director of Startup Braga, highlights that the innovation hub supported "nine applications, six of which were selected for the project submission stage to Portugal Ventures' Board of Directors and four managed to close the investment. The responsible for the unit of support to the entrepreneurship of InvestBraga also reinforces that "these investments will be important for startups, which are experiencing a period full of challenges, but also for the community, which thus sees recognized the value it has been creating for society.

Promoters see these investments as an opportunity to scale their businesses

For Ricardo Carvalho, We Can Charge project promoter, the investment will be "important to leverage the electric vehicle charging business, allowing the consolidation of the technology and the internationalization of the project as a startup". In turn, Nuno Marujo, from Ablute, considers that "the investment reinforces the development of the health product and allows an important research boost regarding the medical component".

The investment in BestHealth4U "had a double advantage for its developments because the company is now part of an ecosystem where the business has strong support, as well as entrepreneurs, but also boosted its internal developments, consolidating its position in the development of disruptive products for the health area, of which we will have news very soon," says Sónia Ferreira, responsible for the startup related to health technologies.

Lorena Diéguez, INL researcher and CEO of RUBYnanomed, also welcomes the achievement, stressing that "this investment of Portugal Ventures, combined with the official entry of Caixa Capital Risc and INL, will be important to achieve the maturity of our product, contributing to mass production of our prototype under the ISO standards for medical devices. "The approval of our technology as an in vitro diagnostic system and its entry into the clinical market will allow the timely detection of metastases and their personalized treatment, through the use of liquid biopsy for regular and non-invasive monitoring of cancer patients," she adds. 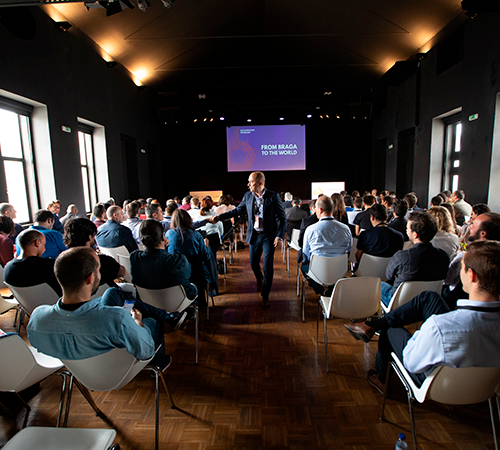