Startup Braga received this Monday, May 31, the Ambassador of Belgium in Portugal, Geneviève Renaux. The visit is part of the diplomacy actions promoted by the economic stimulation agency of Braga, InvestBraga.

The ambassador's visit marks the beginning of the activity of the Luso-Belgian-Luxembourgian Chamber of Commerce in Braga, which appointed Ann Kempeneers as representative for this region.

The delegation was also received by the Mayor of Braga and InvestBraga, Ricardo Rio, who stressed that this is an opportunity to make known the business opportunities of each of the territories and boost partnerships between companies from both countries. "Belgium is known for having some of the most important research centers in Europe in several areas, has accredited universities, and, in this sense, has all the conditions to follow the path that Braga has followed, which is to join innovation to economic development," said Ricardo Rio.

Also during the visit, the Belgian delegation showed a willingness to establish synergies in sectors such as construction, tourism, and agribusiness, showing great interest in Braga's entrepreneurial ecosystem. 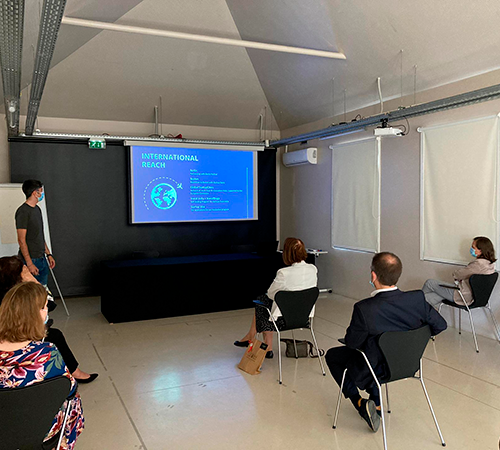